We shall not call them Democrats anymore but Communist instead! Because all the people who live under Communist control shall know this quote:

Don’t listen to what the Communists say, but look at what they do.

THOUSANDS of Migrants March to US. Biden Official Says NOT YET! | The News & Why It Matters | Ep 697

10 thousands illegal immigrants are at the border right now waiting to enter U.S.A

Seems like Biden’s voters are finally showing up to support his inauguration.

Letting them enter US is good for them, but it would slow down the visa process again and it’s not fair for the people who are hanging there waiting for their interviews.

And prepare for the tax raise so they can build more home and shelters.

Twitter on Sunday temporarily suspended the account of Rep. Marjorie Taylor Greene, the Republican U.S. Congresswoman from Georgia who has expressed racist views and support for QAnon conspiracy theories online. Greene’s account was suspended “without explanation,” she said in a statement, while also condemning big tech companies for “silencing” conservative views. The 46-year-old businesswoman and…

And now they are working on removing Ted Cruz and Josh Hawley out of the Senate by all means.
Continuing suppress other parties and opposite opinions to secure their powers is all the corrupt DemocrRATs and the RINOs care now!
Soon, on this path, we will only have a unique party just like Vietnam and its communist party! 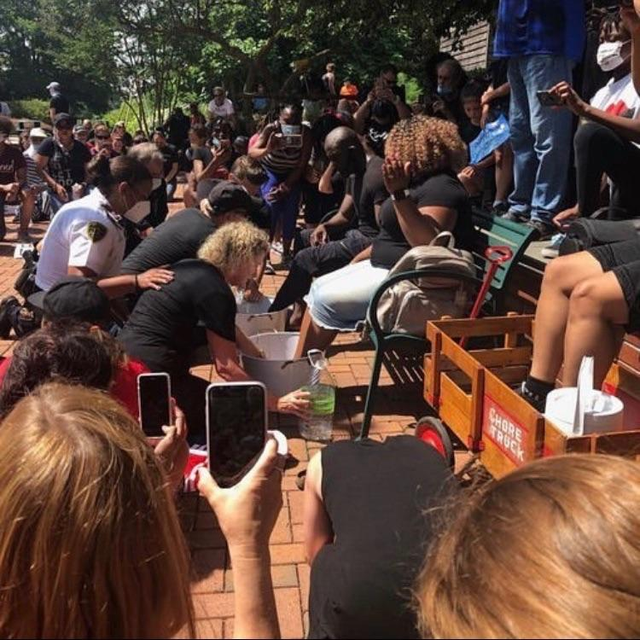 🚨🚨 Anti-CCP Group Tied To Miles Guo Dropping Bombs: Hunter Biden Sex Tapes And Other Evidence Of The CCP’s Infiltration Of The U.S…

The Anti-CCP Group Tied to Miles Guo have opened up the faucet and are slow-dripping bombshells proving the extent of Chinese infiltrations and how they’ve compromised the U.S. political system. The evidence is damning and puts the Bidens in a bad position giving the impression that they are fully controlled by the Chinese Communist Party, which makes this a National Security issue.NOTE: If you want to catch up on who Miles Guo is and how his associates came upon this content on Hunter Biden, please read our report Steve Bannon Associate, Miles Guo, Says Trump And The DOJ Are In Possession Of “Nuclear Bomb Hard Drives” Related To Hunter Biden, Xi Jinping, And China’s Biological Weapons Program. This report came out weeks before the New York Post story on Hunter laptop that was left at the repair shop.

The Anti-CCP group called “The New Federal State of China” is claiming to be dropping stuff every hour or so. To protect our users and CentipedeNation.com from possible illegal content, we will not be linking to anything of that nature.

The following drops do not constitute anything of that nature, but some are NSFW and should only be viewed by adults (18+).

NOTE: Did Joe Biden reveal the identities of CIA agents in China as part of a deal that got them killed? In the end of the first video above, there is a section that claims Biden is tied to that. This is what it says:

“The Chinese Communist Party’s use of this tactic to threaten Biden and his sons and to bribe them with large amounts of wealth is one of the major causes of the disputes over the South China Sea, US-China trade, intellectual property rights, and energy prices, etc., as well as Biden’s provision of large numbers of CIA intelligence agents in China to the Chinese Communist Party.”

So far there’s no way of corroborating this, but if you remember back in 2017, the New York Times released a report about China killing or imprisoning 18 to 20 CIA sources from 2010 to 2012.

The Chinese government systematically dismantled C.I.A. spying operations in the country starting in 2010, killing or imprisoning more than a dozen sources over two years and crippling intelligence gathering there for years afterward.
[…] Some were convinced that a mole within the C.I.A. had betrayed the United States. Others believed that the Chinese had hacked the covert system the C.I.A. used to communicate with its foreign sources. Years later, that debate remains unresolved.

Could Biden be tied to this?

As for the content that was dropped so far, the author had this to say:

This video shows only the tip of the iceberg of what is important in the Chinese Communist Party’s Blue-Gold-Yellow (BGY) program. They take advantage of all those Western politicians, celebrities, and their families who are greedy for Chinese wealth, and threaten them by getting hold of and recording their sex and drug videos, forcing them to sell out their countries and people, and even their own national security in order to cooperate with the Chinese Communist Party’s world domination.

U.S. presidential candidate Joe Biden is 100% controlled by the Chinese Communist Party as one of the most successful political instances of the BGY program. He is also a target of the CCP’s 3F plan, which aims to “fall, fail, and fell,” to weaken, destroy and kill America!

LUDE has also dropped his own video referencing the above analysis from the document drops. The caption reads: “This detailed report is done according to the contents of the hard drive by an investigative company. Joe Biden and Xi Jinping are here. They founded together. The joint venture is fully financed by the CCP.”

Not sure how long that video will be up though. We’ll be on the lookout for mirrors.

It’s hard to imagine Biden winning the Presidency. Time for house cleaning. Will Barr step up?